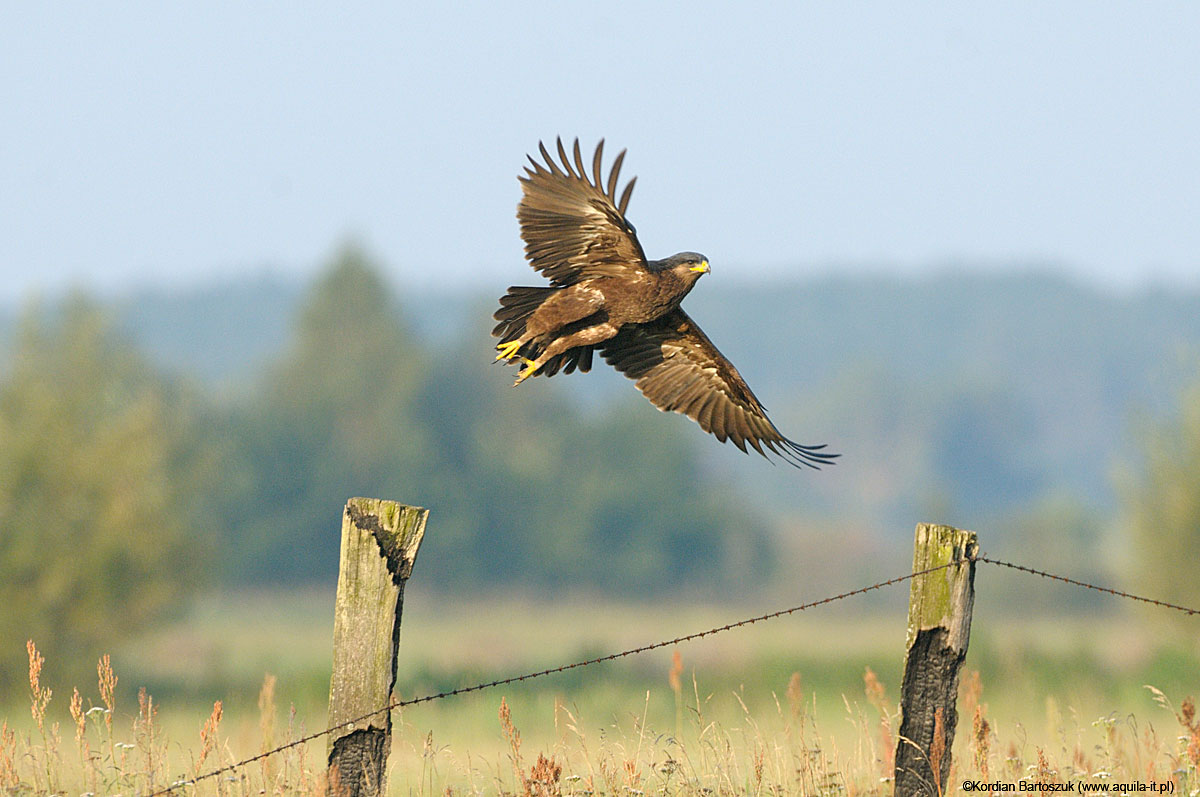 The winter is over. Strange one as it was very mild. This year birds return to their breeding grounds earlier than usually. However Greater Spotted Eagles seem unaffected by the situation. Which is nothing strange. We have had winters when individual birds wintered even i Poland.

European Greater Spotted Eagles, both from Central Europe (Estonia or Belarus) and Russia, seem not to have taken the advantage over the weather. The former started their journeys by the end of February, even if their wintering grounds were in Africa. The famous estonian Tõnn started his trip from Spain as "late" as March 14th, while belarussian birds left Greece by the end of February.

Only belarussian Greater-Lesser Spotted Eagle hybrids embarked on their journeys in the mid-February, but rather due to the distance they need to cover rather than the weather - they spent the winter as far as Zambia or RSA.

On the other hand, the russian birds remained on their wintering grounds and have already now started to move - from Izrael of Egipt. Kliazma - bird that wintered in South Sudan - startedthe trip yesterday. Prosha - Greater Spotted Eagle from Tatarstan, Russia - is still remaining on his wintering grounds in Iran.
First Greater Spotted Eagles have already been observed on Biebrza Marshes.

The migration of the Moscow Greater Spotted Eagles can be followed here. and Prosha's here.

Migration of the estonian and belarussian birds is available here.