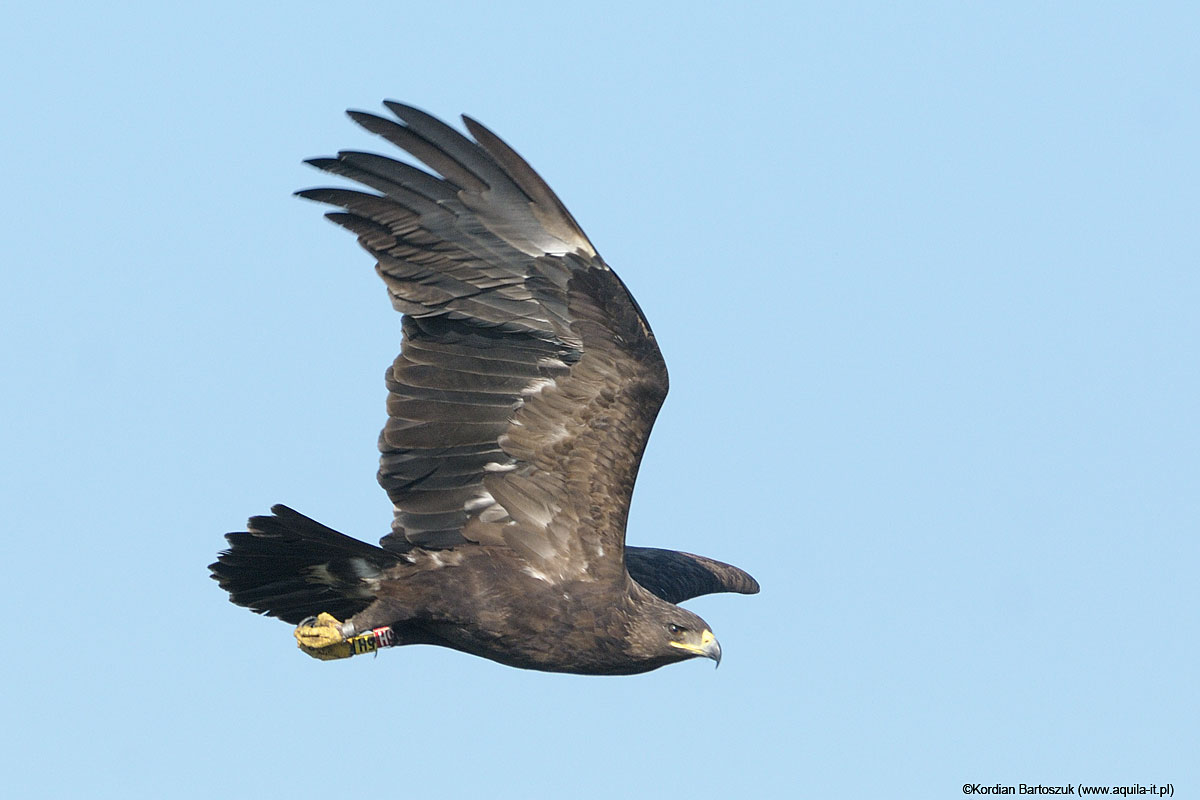 The 2016 breeding season has ended. It was yet another extremely dry year on Biebrza which had its consequences for all species of the Spotted Eagles. The lack of water here means basically lack of food. Biebrza resembled a desert, at least compared to what tis territory used to be in the past. Thousands of water birds, usually attracted by the vast flooded areas, abandoned this place due to lack of suitable habitats.

As the direct consequence, the Spotted Eagles either did not breed or did not manage to raise the chicks, despite occupying the territories. With food shortage the adult birds are forced to spend more time hunting, leaving the chicks unattended and exposed to many threats in their nests. Additionally another negative trend was observed this year - the majority of known and ringed individuals did not show up in their territories at all. This year alone 4 regularly breeding in the Biebrza Valley adult Greater Spotted Eagles did not return from the wintering grounds. But here a positive trend was observed - new individuals took over the territories. New birds were also observed in already occupied territories, which could be a proof that the Biebrza population of the species still has not been isolated from the main population. Nevertheless it is uncertain how the new birds will react to the unsuitable conditions in the Valley in the future.

In 2016 2 juvenie Greater Spotted Eagles left their nests. This has been the worst result for many years. It was even worse in case of the mixed pairs, as no success was recorded. The situation of the Lesser Spotted Eagles was only slightly better with the less than 20% breeding success. Although in theory the latter should find the conditions in the Biebrza Valley more and more suitable.

Another positive fact of the year was observation of a hybrid Spotted Eagle born here in 2011. After 5 years the bird returned home, but did not form a pair with any other bird. Let us hope he will also make it safely back home next year.

In the Gallery we prepared a small summary of all the photographed Greater Spotted Eagles from this year.