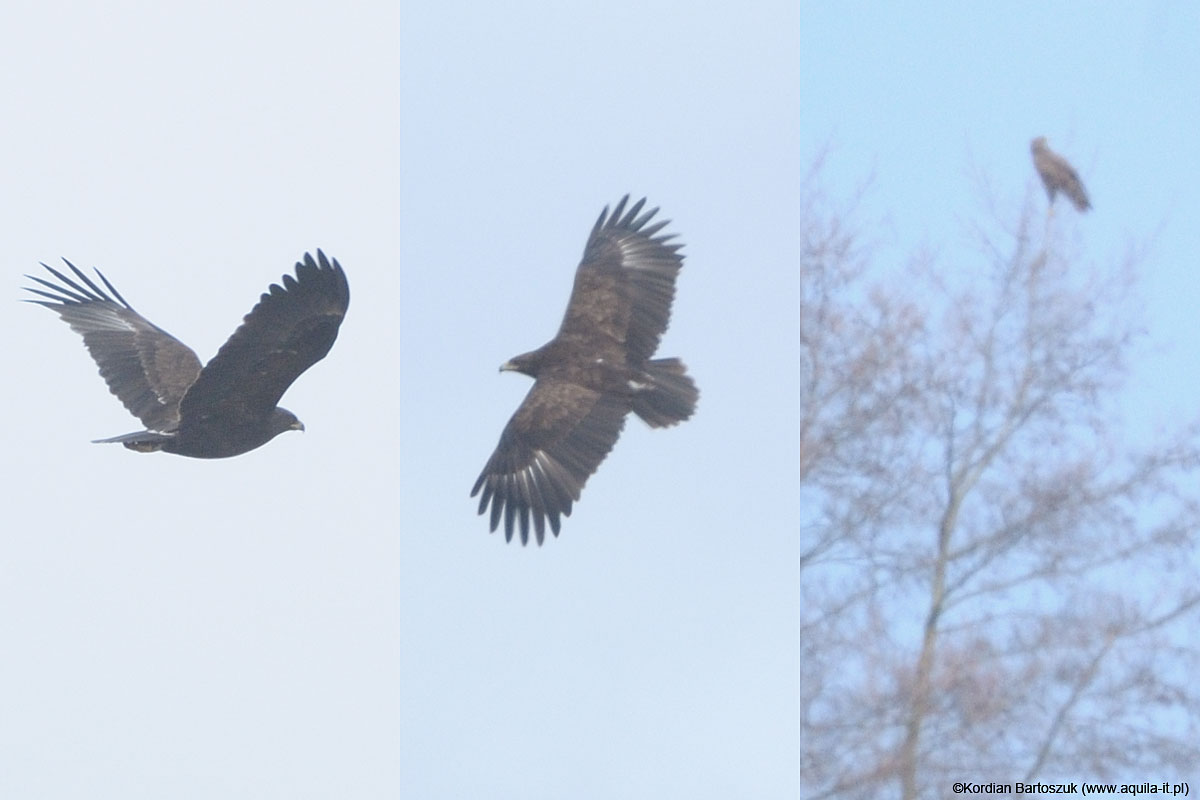 Spring has come. Time to start yet another breeding season. Judging from the beautiful sunny weather in March one could expect an early arrival of Greater Spotted Eagles to Biebrza. This however was not the case. By te looks of things the birds have their own criteria and decided not to take the risk, as at this time of the year sudden changes of weather is quite predictible. The data from the loggers seem to support this theory as all last year' juvenile birds still enjoy the time in their winter quarters in Greece and Africa. But time goes by and the adults have not got the comfort of such freedom, so with the beginning of April first birds arrived. At the moment these are mainly females which, still free from their nest duties, can be observed in several places on Biebrza. Bigger than the males they make up a wonderfull element of the Biebrza skies.

Unfortunatelly like the previous, this year also looks like a very dry one. The winter was again snowless, the spring without rain, limiting the flooded areas this spring to the extreme. At the same time the melioration is doing fine and extends, so the unstoppable marshes' drainage continues.

Let us keep the fingers crossed for the GSEs!