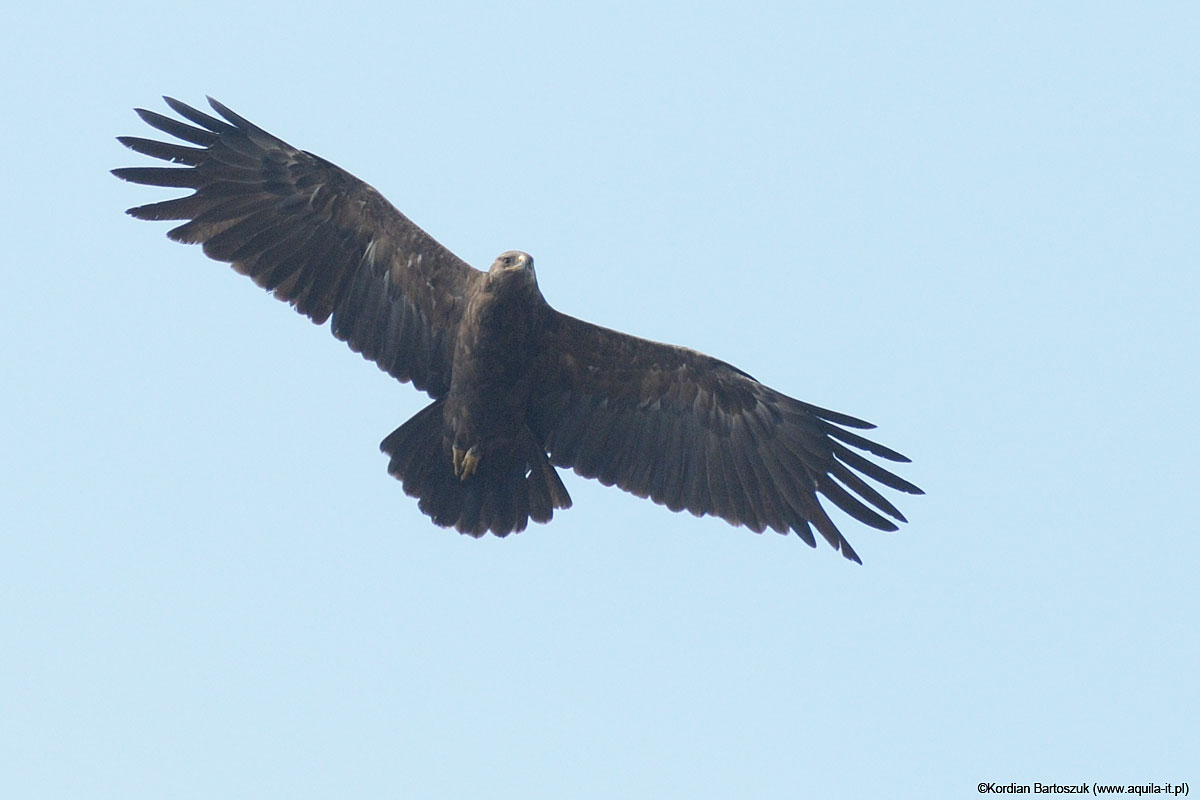 This year's breeding season for Greater Spotted Eagles started despite of the second in succession draught on Biebrza. Spring floods are rare, causing an unusual situation where during the migration peak even the famous Ruffs were hard to find, when normally thousands of them can be observed anywhere, including the sky over the Grzedy forest lodge.

Luckily there is no sign of influence of the dry conditions on the Biebrza's GSE breeding population. The birds successfully reached their territories and at the moment 7 of them are occupied. In addition come at least three of mixed pairs with the LSE. The LSEs are also doing fine and at Grzedy itself 4 territories have been occupied.

Unfortunatelly the situation of the tagged birds is not so positive. Among those only 2 reached Poland. The rest is not sending any signals and let us hope the reason is purely technical. At the moment one of the working loggers shows the bird is visiting Germany, which should delight the raptor fans in this country.

As for now there is no observation of our oldest female. Her logger stopped working after nearly 2 years of operation. If she returned from the wintering grounds, it would be her 22 year of life. Let us hope she is somewhere here giving birth to the next generation of Biebrza's Spotted Eagles.