It is summer. And sun, sun and sun on Biebrza. Although the air is still chilly and the temperature at night falls to 6 degrees. Dream weather for raptor watchers - ideally clear sky, the wind, upstreams, visibility and warmth that allows even females leave their growing offsprings on the nest and stretch the wings. In some places it is hard to follow the individuals crossing the sky. And one more thing - haymaking has begun. And on top of it all - numerous last year' juvenile birds decided to visit Biebrza.

The draught makes it possible for the machinery to enter almost every place. So newly mawn meadows become a perfect dining table, as these machines kill practically everything there. The survivors become easy target for Storks and Spotted Eagles, but also Ravens and Crows. This seeming wealth is nothing positive for the nature - it lasts for several hours after the mowing only, then the meadow turns into desert where for weeks no living creature will find suitable shelter. Fortunatlly the vast Biebrza Valley offers also wilder places where life goes on the natural way.

It is difficult to judge whether haymaking helps raptors. One thing's for sure - they attract birds even from distant territories. For us, nature lovers, such situation creates outstanding opportunity to admire the birds from close range, as busy with hunting eagles do not pay so much attention to humans, especially if sitted in their strange machines. On the other hand the dry period has its negative impact on Spotted Eagle population. This year the majority of those are Lesser Spotted Eagles. What strikes is the fact that they can be observed in places normally favourable for their Greater cousins. Among those places are unfortunatelly Grzędy as well as the drying marshes stretching from the Wolf's Hill. In addition the tourism in those places favours the less shy Lesser Spotted Eagles.
I experienced myself how beautiful a day spend in the field can be. Below is a short fotostory. It started in the morning with a meeting with 3 Spotted Eagles on one freshly mowed meadow. As it turned out, not only winged creatures seek food in such places as a young wolf also showed up in front of the car. Unfortunatelly again his vigilance won against my quickness, so no pictures were taken. It was however all made up by the eagles offering numerous opportunities for pictures and admiration for the next 5 hours. And when it was enough of photo-taking, bird-watching and sun-bathing, the Spotted Eagles prepared a surprise. It was again on a freshly mowed meadow when I noticed a sitting individual. I decided to approach it and succeeded to close the distance to some 30 meters. The eagle did not pay much attention, soon starting the hunting on foot and ending up with a prey some 20 meters from me. I cannot tell how happy I was enjoying this moment. While taking photos I noticed the bird got interested in something above his head. He looked there time after time. I also decide to take a look there and then I saw another eagle stooping right down in front of me. It turned up to be the female, a very beautiful one. The male stepped aside letting her eat the freshly hunted present. In my first row seat I was able to take a close look at both birds. It was clear that, just like in humans, the female is the prettier half of the couple. On contrary to us females fancy smaller males. And it was a perfect example that small males manage their role perfectly. The pair stayed in the place until the arrival of the mowing tractor - the male left and the female moved a couple of hundred meters further. 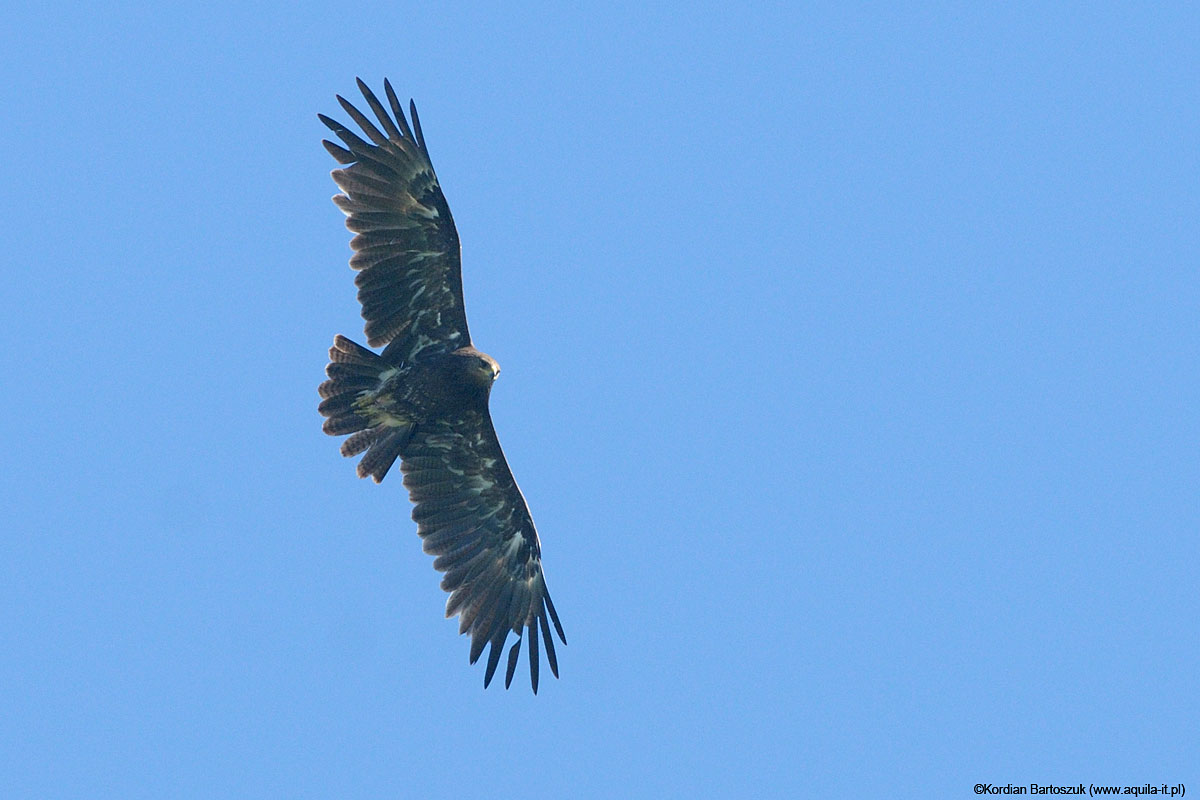 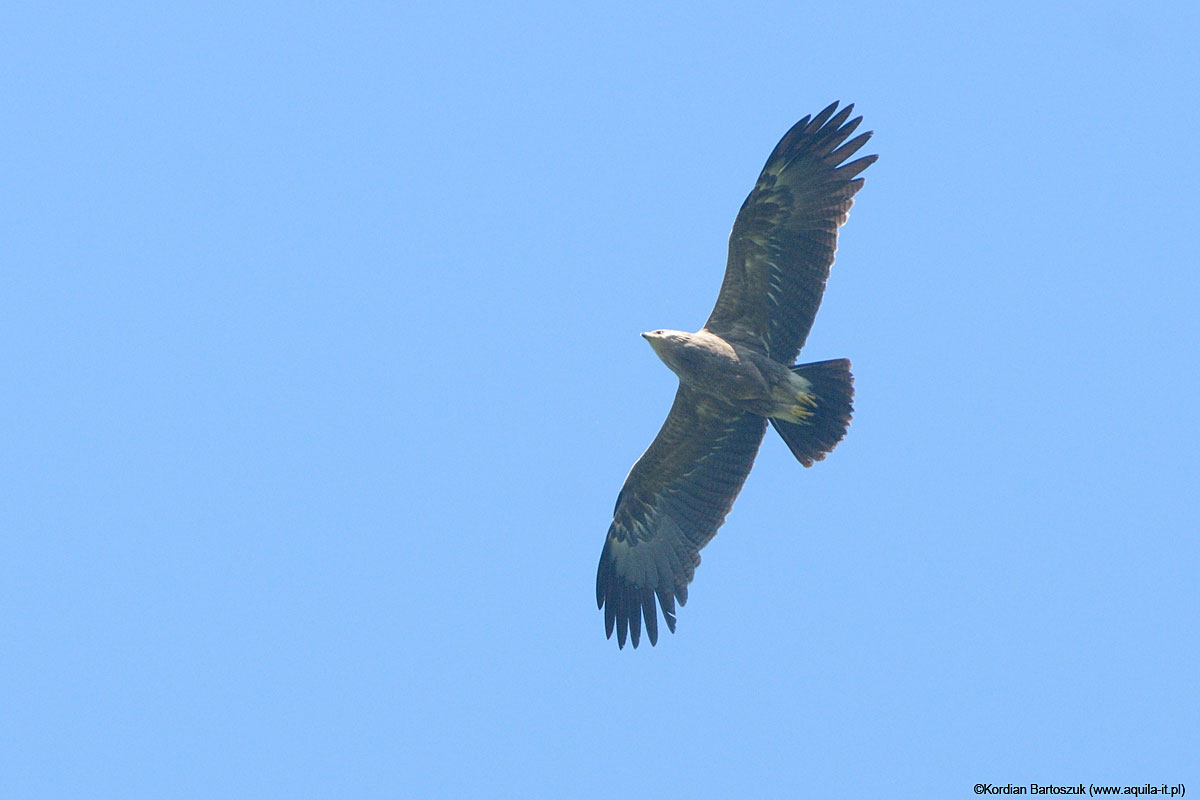 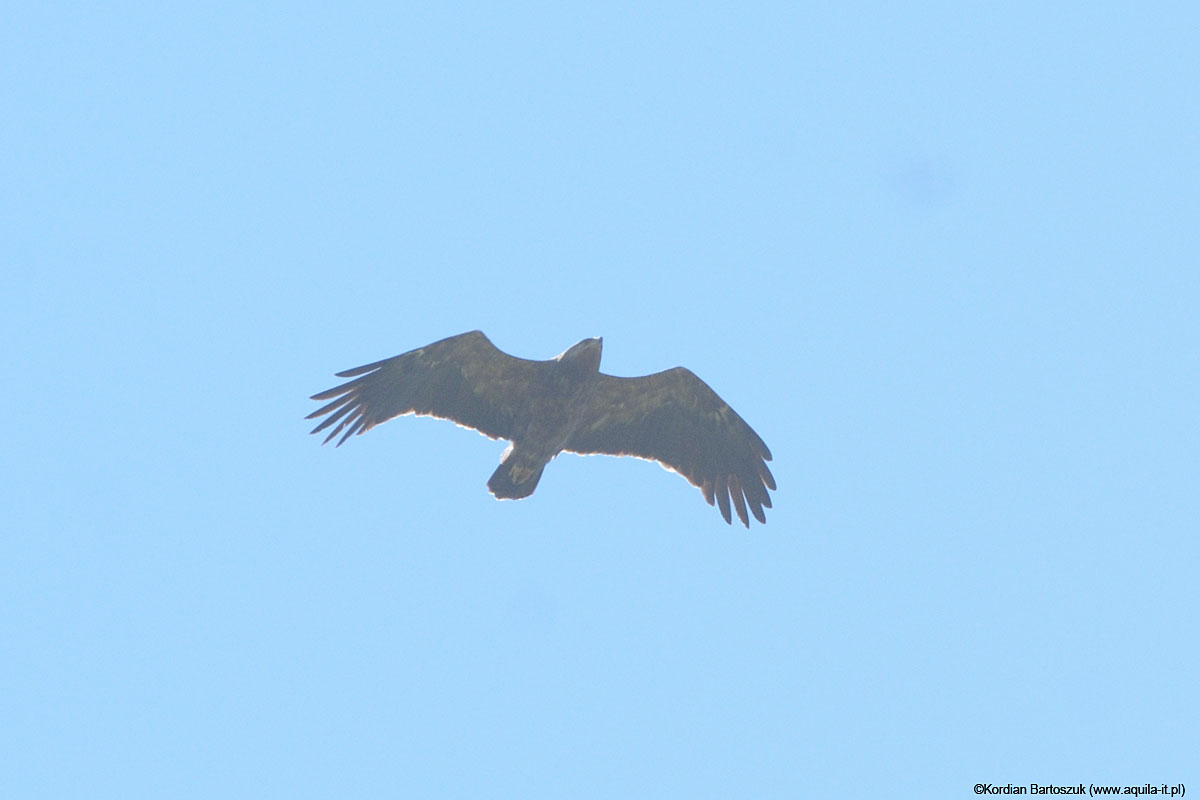 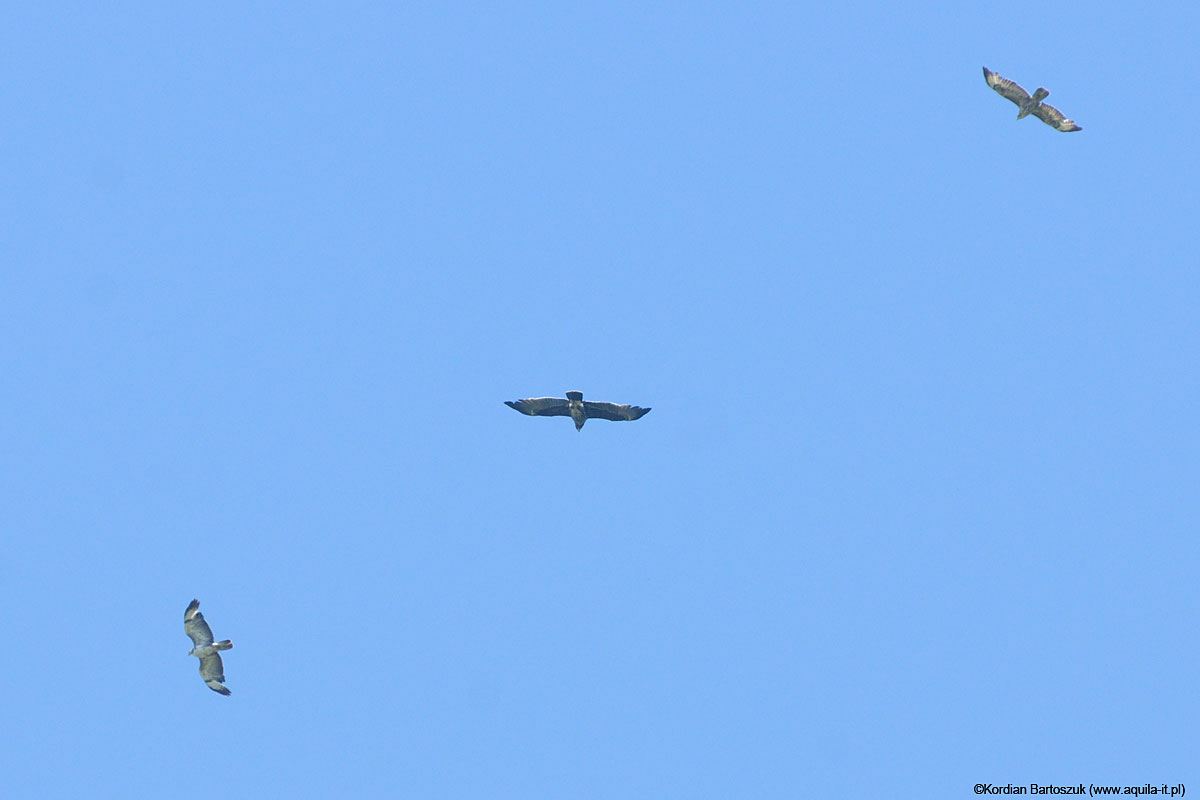 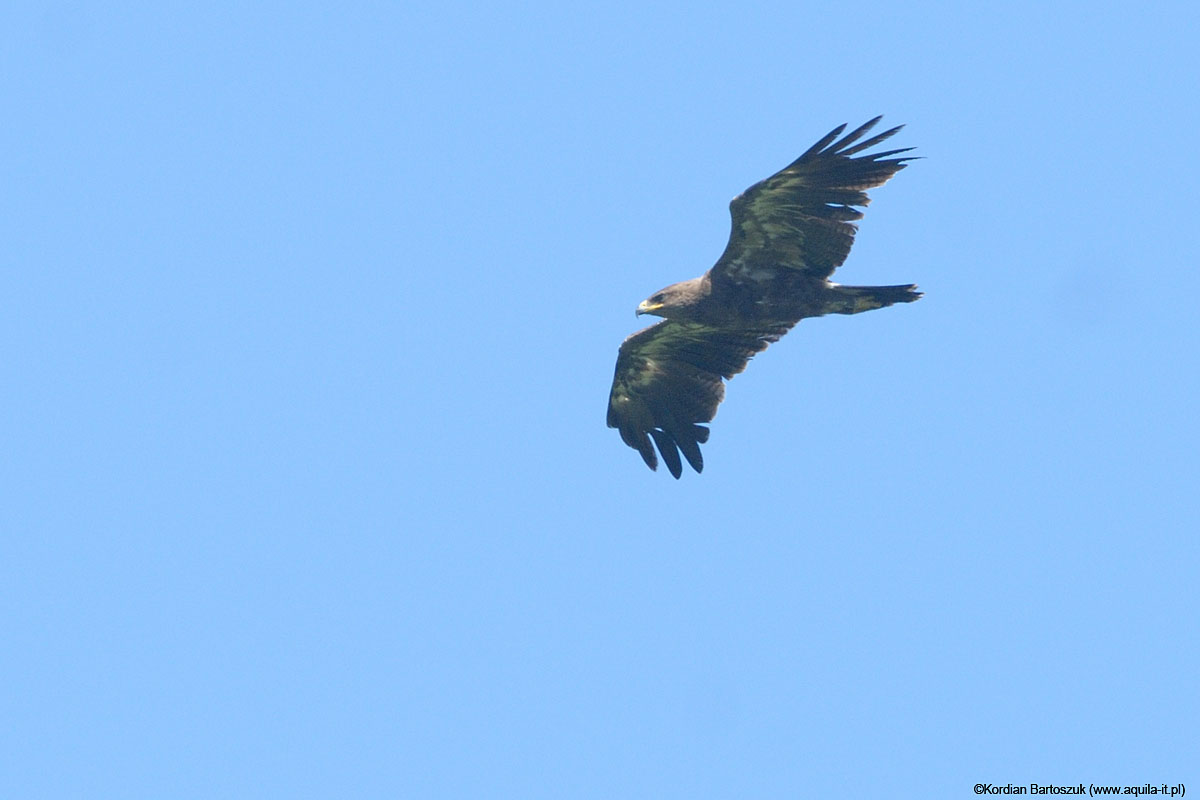 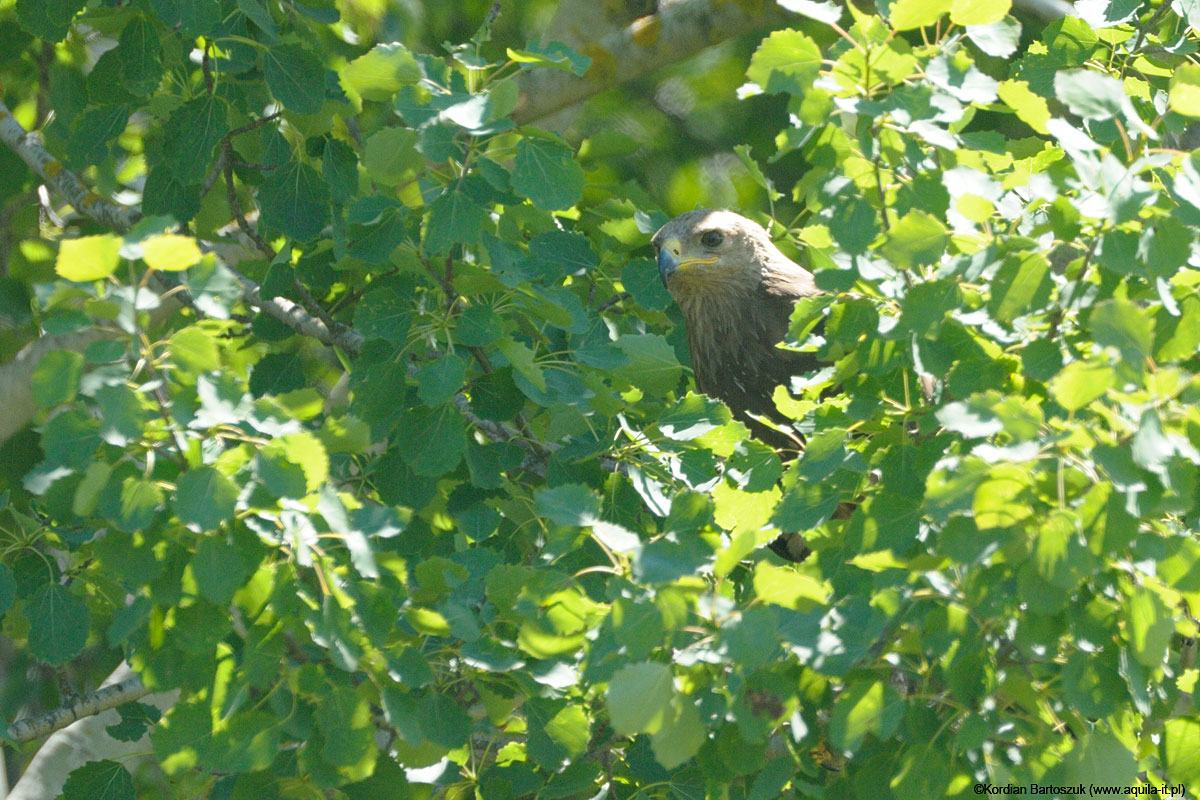 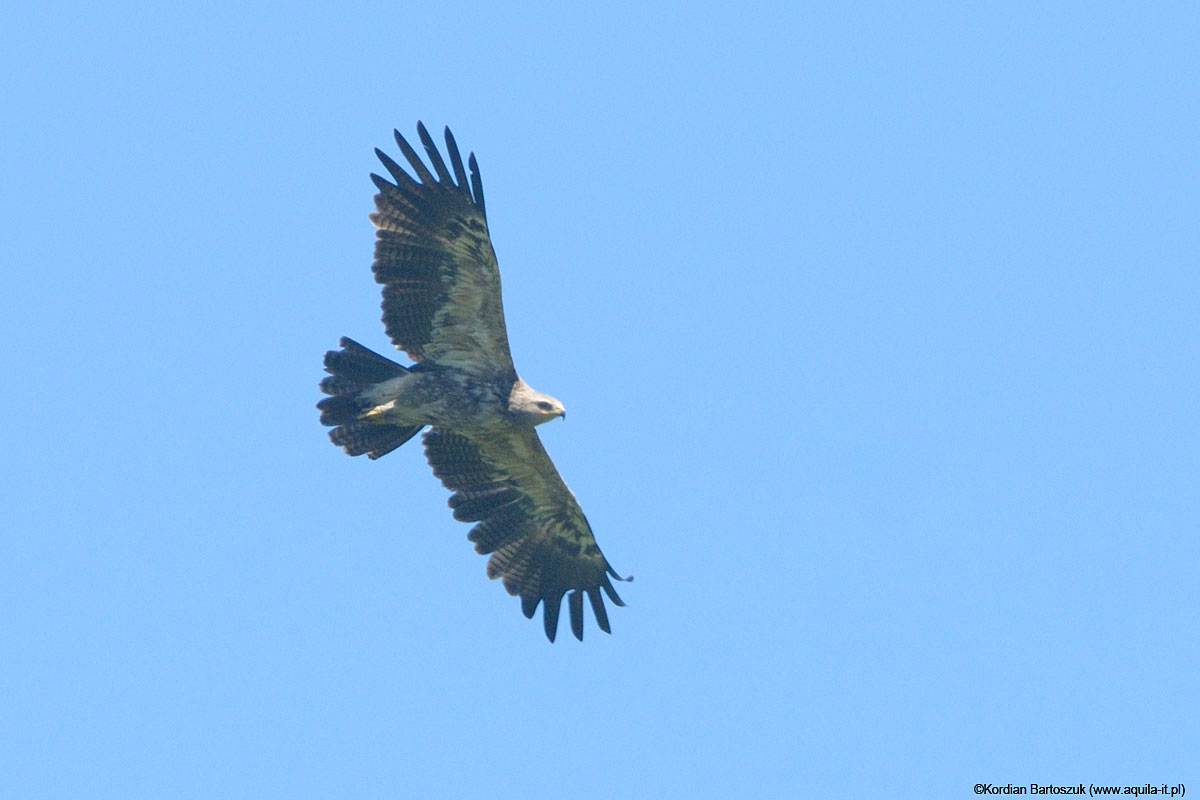 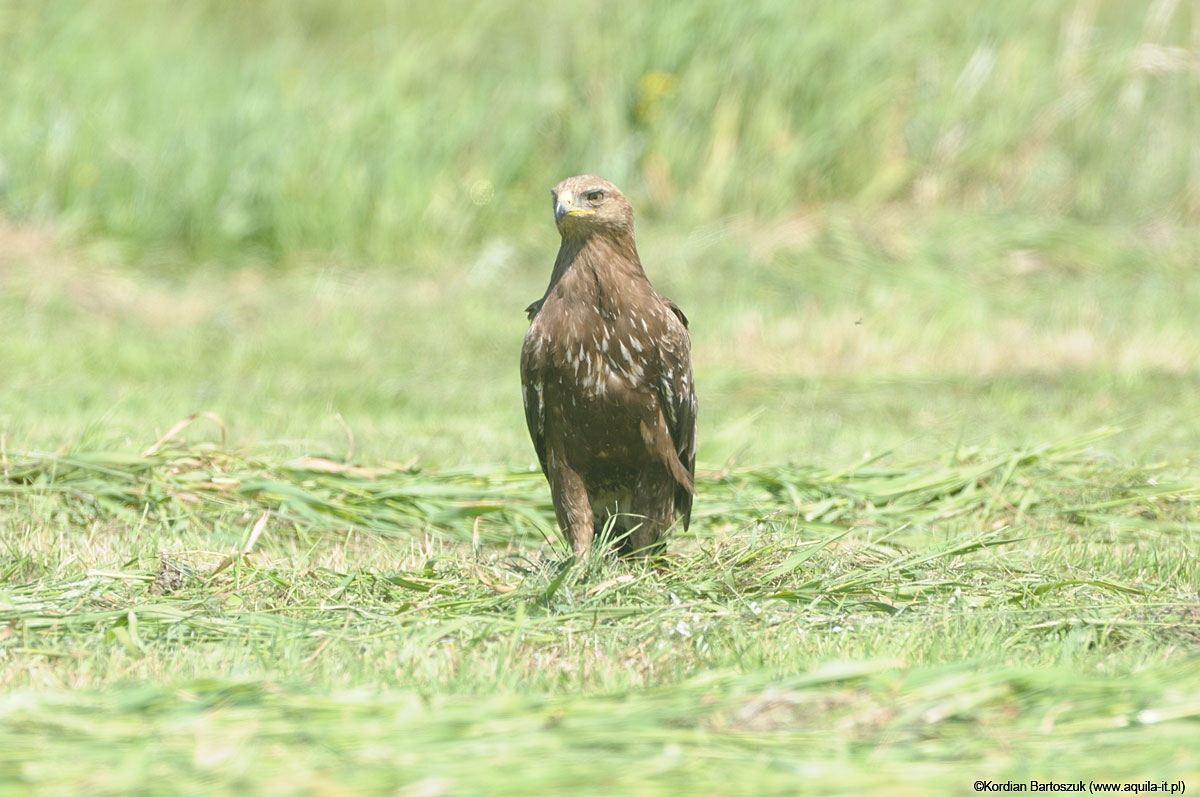 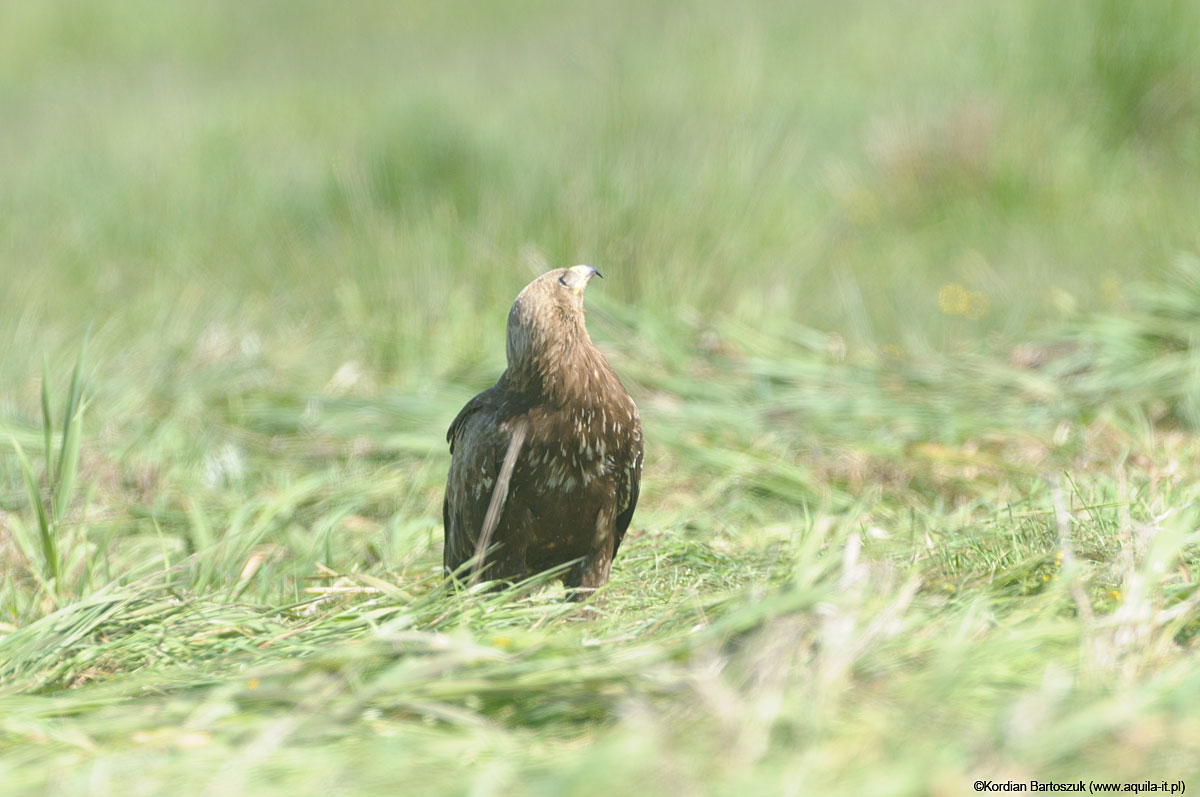 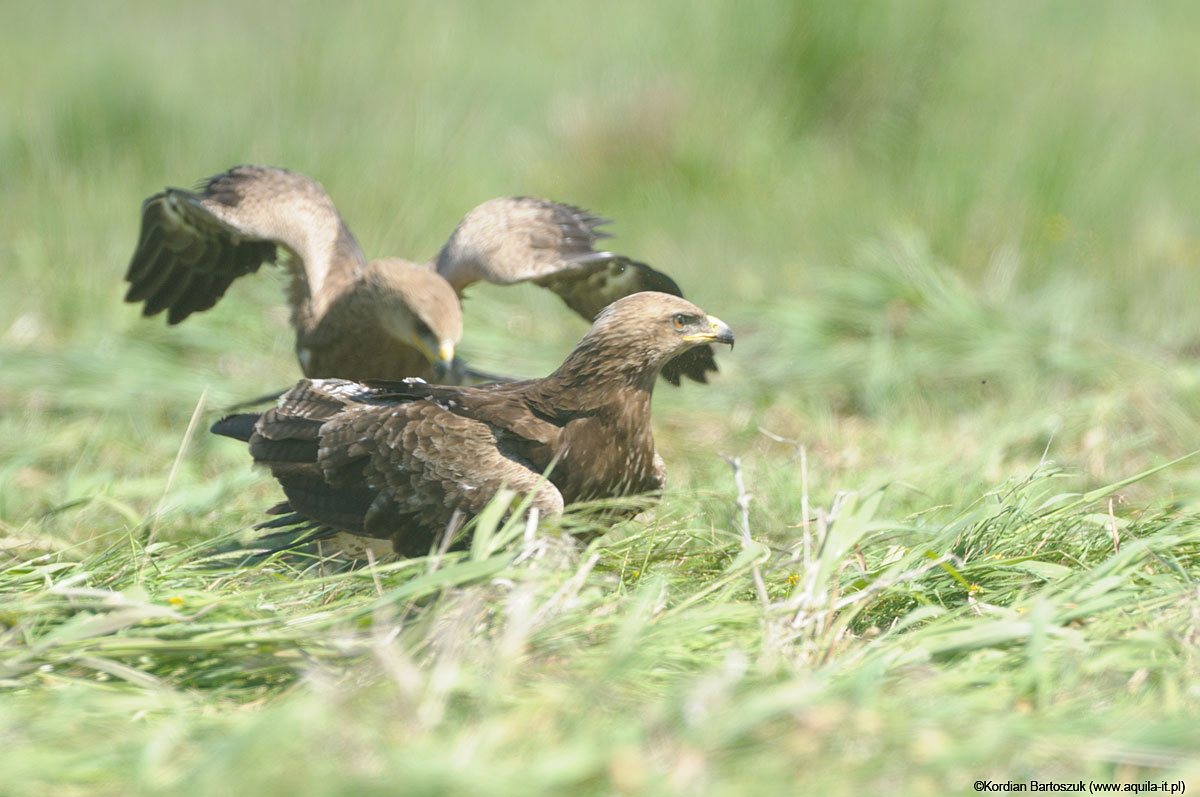 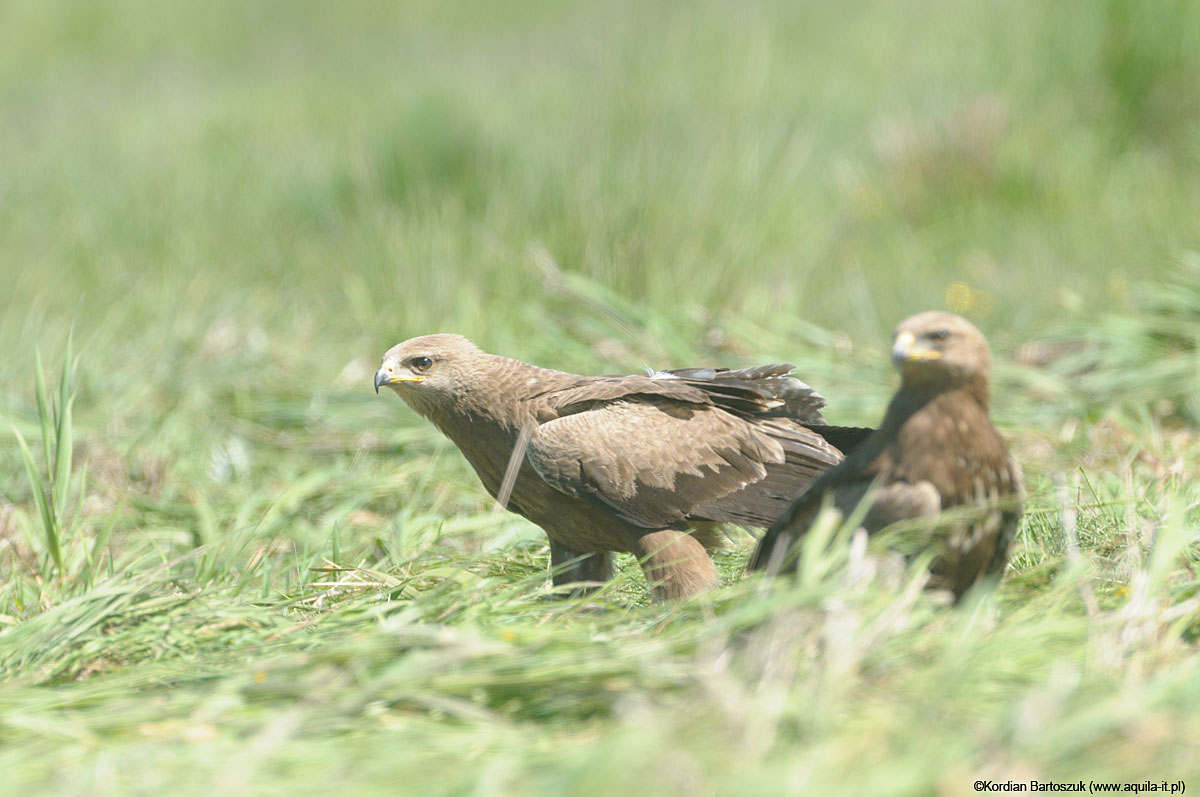 And that is how another boring day on Biebrza came to an end.